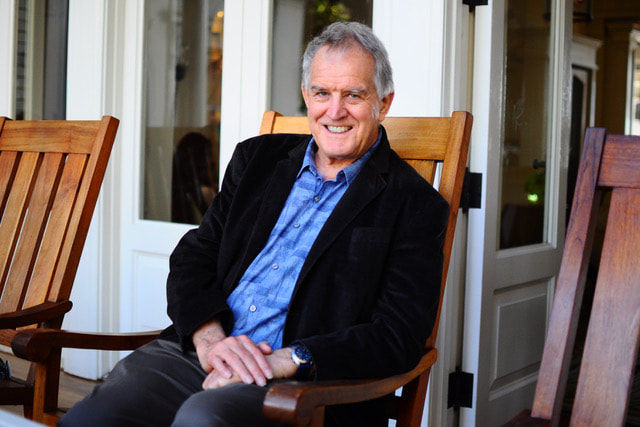 Born in Long Beach, California on July 22, 1937, I had a particularly mobile childhood – typical of life as a Navy Brat.  I lived in San Diego, Seattle, Norfolk, Virginia, upstate New York, and spent the World War II years in Santa Barbara, California, where my grandfather happened to be living as a retiree.  My father was at Pearl Harbor during the Japanese attack, a battleship sailor aboard the USS Tennessee, then served the Navy during most of World War II in the Pacific.   After visiting relatives in Ossining, New York during the war I strangely became the target of an FBI investigation following talk about my father’s military deployment at an Italian restaurant – possibly marking the youngest person ever targeted by the FBI.  While in Santa Barbara, I suffered a ruptured appendix and was treated at a local military base, surviving only because I had access to penicillin (available only at military sites during the war) – quite likely the first civilian whose life was saved thusly.

FROM VENTURA TO BERKLEY

After my father retired from the Navy in Ventura County, California, I graduated from Oxnard High and then attended Ventura College for two years, where my life as a writer began. During that period I was a sports writer for three different newspapers.  I then attended U.C., Berkeley, earning a journalism degree while writing for three more newspapers, before entering the Army (in 1960), where I served as a Russian linguist after an exemplary year at the Army Language School in Monterey (finishing first in my class).  Upon graduation, I was sent to West Germany where I worked at several sites and played on a European Army basketball team.  In 1961, while in Germany, I was married to Lucille Incaviglia, sister of a famous baseball player.

Returning to the U.S. in 1962, I returned to U.C., Berkeley, earning a political science degree in 1963 followed by a masters and Ph.D. at Berkeley (in 1970), at that time considered the top political science department in the country.  While majoring in Soviet studies, I also served as President of the Graduate Students Association.  As noted, I was involved during this period in a wide variety of activities, including the Free Speech Movement, Vietnam Day Committee, and the Committee on Participatory Education.  Those activities would go far toward shaping my later social, intellectual, and political life.

I was professor of political science at Washington University from 1969 to 1977, arriving at the peak of campus activism in protests against the Vietnam War after received my Ph.D. at U.C., Berkeley.  During the years at Berkeley I worked with such professors as Sheldon Wolin, Chalmers Johnson, and Michael Rogin, while also participating in the iconic Free Speech Movement and Vietnam Day Committee. I was involved in founding of the historic Peace and Freedom Party during 1968. While at Washington University, I taught popular courses in modern political ideologies, contemporary political theory, Soviet Politics, comparative communism, and revolutionary movements.  In 1976 I published a book, Gramsci’s Marxism, based on a series of articles in the journal Socialist Review, that was instrumental to introducing Americans to the work of one of the greatest political thinkers of the twentieth century. (That book was followed by a much lengthier volume, The Two Revolutions: Gramsci and the Dilemmas of Western Marxism.)  After the 1970s Gramsci emerged as something of a hallowed figure in such fields as sociology, history, cultural studies, and film studies. I was involved in several political and professional journals of that period, including Socialist Review, Radical America, Telos, and Theory and Society (founded by Washington University sociological legend Alvin Gouldner).
​
​During my years at Washington University I was involved in the antiwar (anti-ROTC) protests, helped found the alternative paper St. Louis Outlaw, participated in the famous McDonnell-Douglas Project, along with the Telos Group, Legal Defense Fund, Earth Day organizing activities, and various work related to educational reform on campus.  I sponsored, or helped sponsor, many talks, panels, conferences, and film events, usually working with other faculty and students, along with my girlfriend of that period, Gail Pellett, who went on to produce documentaries for Bill Moyers. During my work in the 1970s I was repeatedly targeted by the FBI for a wide variety of radical intellectual and political activities.

​After leaving Washington University in 1977 I taught (mostly in the fields of political science and sociology) at U.C., Irvine, UCLA, USC, Carleton University in Ottawa, and Antioch University, Los Angeles.  For the past 34 years I have been professor of social sciences and film studies at National University in Los Angeles, teaching working adults mainly from inner city areas.  I continued to be active in antiwar movements, environmental work, social research, academic conferences, and varied media outlets.  My girlfriend the last year at Washington University was Michele Prichard, who had worked for my colleague Barry Commoner and then, in 1980, served as Commoner’s national organizer for his presidential run with the Citizens Party.  While in Los Angeles, I had three radio programs at KPFK, a Pacifica station, and wrote columns for local alternative papers. I was active for many years in the Green Party, specifically the Westside Greens in Santa Monica, beginning in the early 1980s.

THE LIFE OF AN INTELLECTUAL

My scholarly/political writings since leaving Washington University have included more than 500 articles, essays, and reviews along with 25 books published at major houses.  The most recent books include The Hollywood War Machine; Drugs, Power, and Politics; Origins of the Warfare State; and Fascism Old and New.  In 2020 my book Facing Catastrophe: Food, Ecology, and the Global Crisis appeared.  I have been a regular contributor to the journal CounterPunch (founded by Alex Cockburn) since 2004, as well as New Political Science, Democracy and Nature, and Fast Capitalism.  Along the way I have received numerous awards for teaching and research.  In 2006 I was recipient of a Career Achievement Award from the American Political Science Association.  In 2019 I was subject of an oral history project conducted by professors in Ventura County. As of 2021 I remain active on several journals and have an honored place on the Board of the Global Studies Association, as well as New Political Science, Theory and Society, and Fast Capitalism.  I have delivered several plenary talks over the past 15 years for the GSA.

At present I live in West Los Angeles.  In 2018 I was married to Laurie Nalepa, a Dean at Los Angeles Valley College.  The person who presided over our marriage, in Santa Barbara, was Ford Roosevelt, FDR’s grandson. As of 2021 I remain active in teaching, writing, and public speaking.